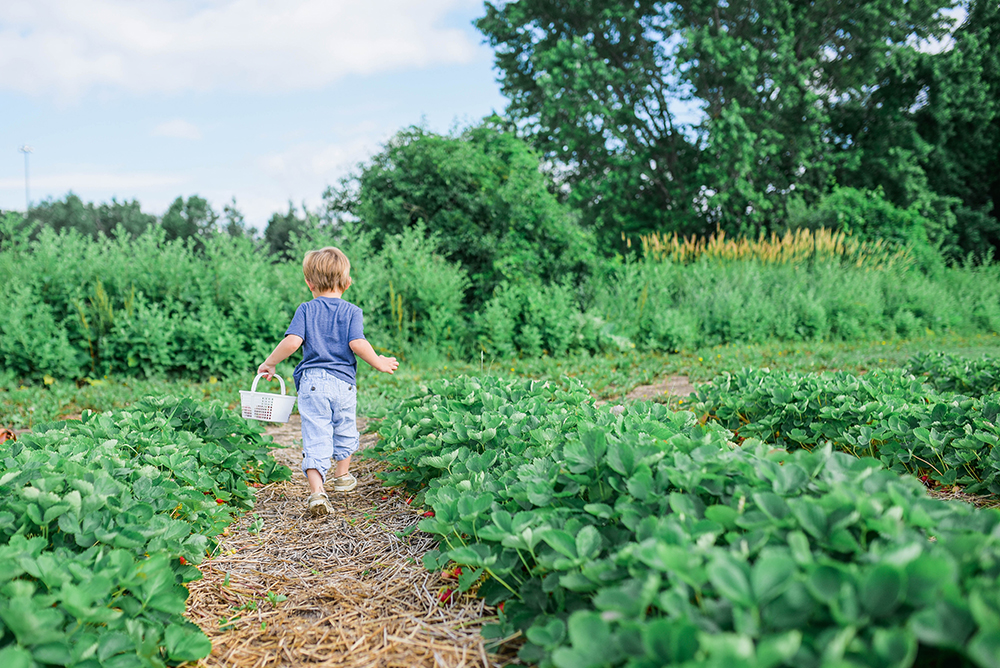 If you were plucked out of the embrace of our industrial consumer society, could you find enough food to feed yourself, your children, family or community?

Urban foragers, and a growing band at that, will argue that the streets are for the people and that the more we make use of them, the richer our lives and our palates will become. Urban foragers pick, prepare and eat food that hangs over walls and fences and survives in the austerity of footpaths, bike paths and public spaces. Food programs, and celebrity chefs across the globe including Jamie Oliver and local chefs like Ben Shewry, Mike Eggert and Jude Mayall, continue to contribute to this movement, enlightening us about the edible delights that can be found on our doorsteps.

As any good forager is quick to point out, foraging is more than just a meal. Gathering food in the wild immerses us in the elements and reconnects us with our surroundings and our senses “ the earth, soil, and the rhythms of the seasons that are all but forgotten. Globalisation has, gastronomically speaking, cast us seasonally adrift; while foraging can anchor us back in the here and now.

“It was only until I started looking for my own food¦that I had started to understand that everything in nature was cyclical, everything interrelated,” says Ava Chin, in her memoir, Eating Wildly.

What can I find?

If you look around your neighbourhood and sharpen your senses, you’d be surprised at the wild foods all around: mulberries, persimmons, mangoes, burdock root, monstera deliciosa, chokos, banana varieties, bush lemon, guavas, Illawarra plums, loquat, fungus (although you have to be 100 per cent certain the mushroom you have picked is edible and not poisonous), sapotes, pomegranates, carambola (star fruit), jaboticaba, cumquats, macadamia nuts, walnuts, tamarind, wax apple, wild tomatoes, plantain, pawpaw, Brazilian cherry, coconuts, and jack fruit that look as though they would kill a person if they fell, yet whose sweet yellow flesh tastes remarkably like chewy gummy bears.

Then there are the greens and herbs: wild basil and rosemary, various species of wild spinach, watercress, dandelion and mustard greens, wild nettle, sorrel, wood sorrel, fennel, nasturtiums, and the unstoppable mottled all-spice plant and the delightfully named pig weed, to name just a few. It’s all here, alongside neighbours who also house a coop of backyard chickens and beehives on their rooftops.

So, yes, there is such a thing as a free lunch after all “ if you are willing to search for it.

In my neighbourhood, we frequently spot bunches of healthy-looking English spinach growing out of a weathered retaining wall. This never fails to make me ecstatic. How does English spinach find itself growing here? I have no idea. That’s what I love about it. It’s random¦and I can eat it. The other leafy green we frequently pick from an unkempt garden bed is stinging nettle. This spiky green, single-stemmed perennial, with creeping roots, has long been sought after for its health benefits. Taken as a tea, it has been found to help with congestion, skin irritations, water retention and diarrhoea. The beverage is also said to help nursing mothers stimulate milk production. My children now know not to touch the leaves without gardening gloves. A caress across their calves will bring a sting and soft red, weeping bumps will grow. You will often find this plant in impoverished soil, and it seems to grow all year round where we live. Most people pull it out as a weed, but its flavour, when blanched for a few minutes, is much like English spinach and it is a great addition to any meal.

Do you remember the bumper crop of mangoes we had last year? They hung so handsomely in lanes and alleyways, along creeks and river beds. I don’t know about you, but I find mangoes that have fallen to the ground and squashed under the wheels of cars to be a considerably melancholy affair. It’s a reminder of our affluence that we allow such an event to occur. It really doesn’t take much to harvest ripe mangoes and collect their fallen sisters. Just make sure you avoid the milky mango sap which is considerably acidic and can cause terrible skin rashes and burns.

Things to Note Before You Begin

Don’t begrudge the low-hanging fruit “ this fruit will fill your basket (and your belly) just as much as the higher-hanging fruit will. It is important to gather what you need with the least amount of effort and risk. Just because it isn’t as hard to get doesn’t mean it doesn’t hold great merit. Also, pick produce carefully, and don’t tread on other plants in the process of picking.

Take only what you need and leave the rest for others. Be sensitive to the fact that what you’re about to forage could be the next meal for the birds and neighbours, wasps, critters and other beasties. They have just as much right to the food as we do. Greed is born out of fear and scarcity. There’s enough for you and everyone else, even if others try to convince you otherwise

The fact that an itty-bitty seed transforms into a plant that can nourish us, really is nothing short of a miracle. That we can walk the creeks and glean beautiful, juicy mulberries for free is certainly something to be appreciative for. A spirit of gratitude keeps us humble. Nature-gaia-source-god-whatever you want to call it, surrounds us in abundance every day “ we just have to open and look for it.

The law also has some things to say about foraging. In a nutshell, foraging for food on private land is legal across the nation as long as you either own the land or have the owner’s permission. Laws on removing plants and fungus from public land changes from state to state and between municipalities. National parks, reserves and state forests are all regulated differently as well. Anyone across the country removing plants from a national park could incur significant fines or even land you in jail.

Some States, including Western Australia, allow the foraging of introduced plants on Crown land, but you will need permission. Permits can be obtained to forage commercially for native plants, but many of these plants need special processing to remove toxins. In some states, Indigenous Australians are allowed to harvest plants on Crown land as a traditional source of food.

Then there are the health considerations – there are just some plants that can hurt your body. If you are unsure about a plant, don’t forage it and certainly don’t eat it. Most edibles soak up the nutrients from the soil, which is why they are so nutritious, but they can also absorb heavy metals and other toxic chemicals in the soil and waterways. Never forage on old industrial sites and be mindful of the environment in which the plant is growing. While there is a code of practice for the spraying of pesticides around the community, the fact is, pesticides can be directly linked to human harm. So, be aware of possible pesticide exposure when foraging.

All that being said, the undeniable fact is that Australian cities and towns are rich with nutritious and delightful wild foods “ and an adventurous way to eat local is to throw on your walking shoes and go foraging for urban delights, at no cost at all.