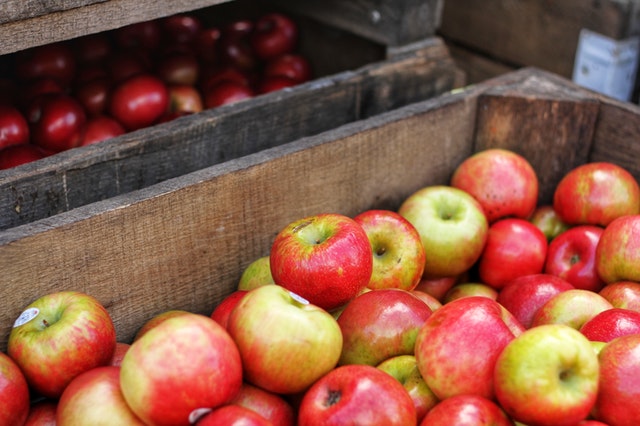 Although the term ‘organic’ is technically referring to the way something is sourced, processed and produced, it is also synonymous with food that is healthier and better for you.

A recent study published in scientific journal Frontiers in Microbiology supports this claim – proving that organic apples are far more beneficial for your health than conventional ones grown in a non-organic environment.

Apples, like many fresh fruit and veg, contain millions of live bacteria – most of which are beneficial for the gut, more specifically to the human microbiome.

The study found that on average, an apple contains around 100 million bacteria – a figure that degrades the longer the apple has been stored and if the apple has been cooked. So, fresh, raw apples straight from harvest will contain the highest numbers of beneficial bacteria.

Senior author of the study, Professor Gabriele Berg (Graz University of Technology, Austria) says, “83 million apples were grown in 2018, and production continues to rise. But while recent studies have mapped their fungal content, less is known about the bacteria in apples.”

“The bacteria, fungi and viruses in our food transiently colonize our gut. Cooking kills most of these, so raw fruit and veg are particularly important sources of gut microbes.” 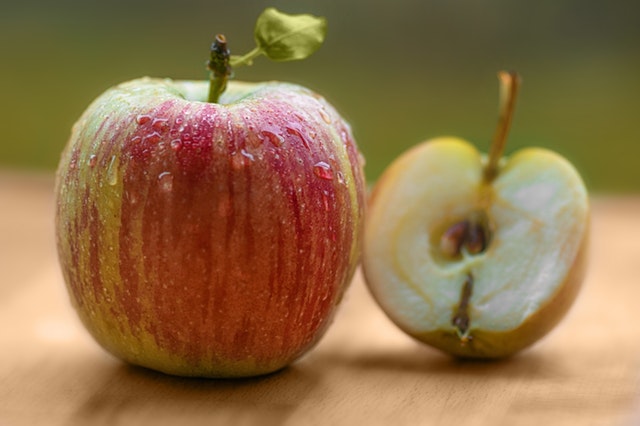 Surprisingly, the majority of the bacteria in the apples analysed was found in the core and the seeds – around 38 million (the part discarded the most!) – followed by calyx end and stem end, with the flesh or pulp harbouring around 20 million.

Although the conventional apples had very similar levels of bacteria when compared to the organic apples, it was the organic counterparts that displayed a wider variety of bacteria and contained a higher number of gut-friendly, beneficial strains.

Professor Berg explains: “Freshly harvested, organically managed apples harbor a significantly more diverse, more even and distinct bacterial community, compared to conventional ones. This variety and balance would be expected to limit overgrowth of any one species, and previous studies have reported a negative correlation between human pathogen abundance and microbiome diversity of fresh produce.”

More beneficial strains of bacteria were found in the organic apples, including the probiotic Lactobacilli, which was absent in the conventional apples.

Berg added: “Escherichia-Shigella – a group of bacteria that includes known pathogens – was found in most of the conventional apple samples, but none from organic apples. For beneficial Lactobacilli – of probiotic fame – the reverse was true.”

“Methylobacterium, known to enhance the biosynthesis of strawberry flavor compounds, was significantly more abundant in organic apples; here especially on peel and flesh samples, which in general had a more diverse microbiota than seeds, stem or calyx.”

In summary, eating raw, fresh fruit and vegetables could prove better for your gut. To add even more beneficial bacteria into your diet, make sure you choose organically grown produce, which harbours more diversity of bacteria without harmful synthetic chemicals or pesticides.

First author of the research paper, Birgit Wassermann, hopes that labelling fresh produce with this type of information may help consumers make a more informed choice in future: “The microbiome and antioxidant profiles of fresh produce may one day become standard nutritional information, displayed alongside macronutrients, vitamins and minerals to guide consumers.”

This study was conducted in Austria.

An Apple a Day: Which Bacteria Do We Eat With Organic and Conventional Apples?

As part of the citizen science program Sparkling Science, this research was performed together with young people from schools in Graz, Austria. Sparkling Science is an initiative of Austria’s Federal Ministry of Education, Science and Research (BMBWF): www.sparklingscience.at.

Frontiers is an award-winning Open Science platform and leading open-access scholarly publisher. Our mission is to make high-quality, peer-reviewed research articles rapidly and freely available to everybody in the world, thereby accelerating scientific and technological innovation, societal progress and economic growth. Frontiers received the 2014 ALPSP Gold Award for Innovation in Publishing. For more information, visit www.frontiersin.org and follow @Frontiersin on Twitter.