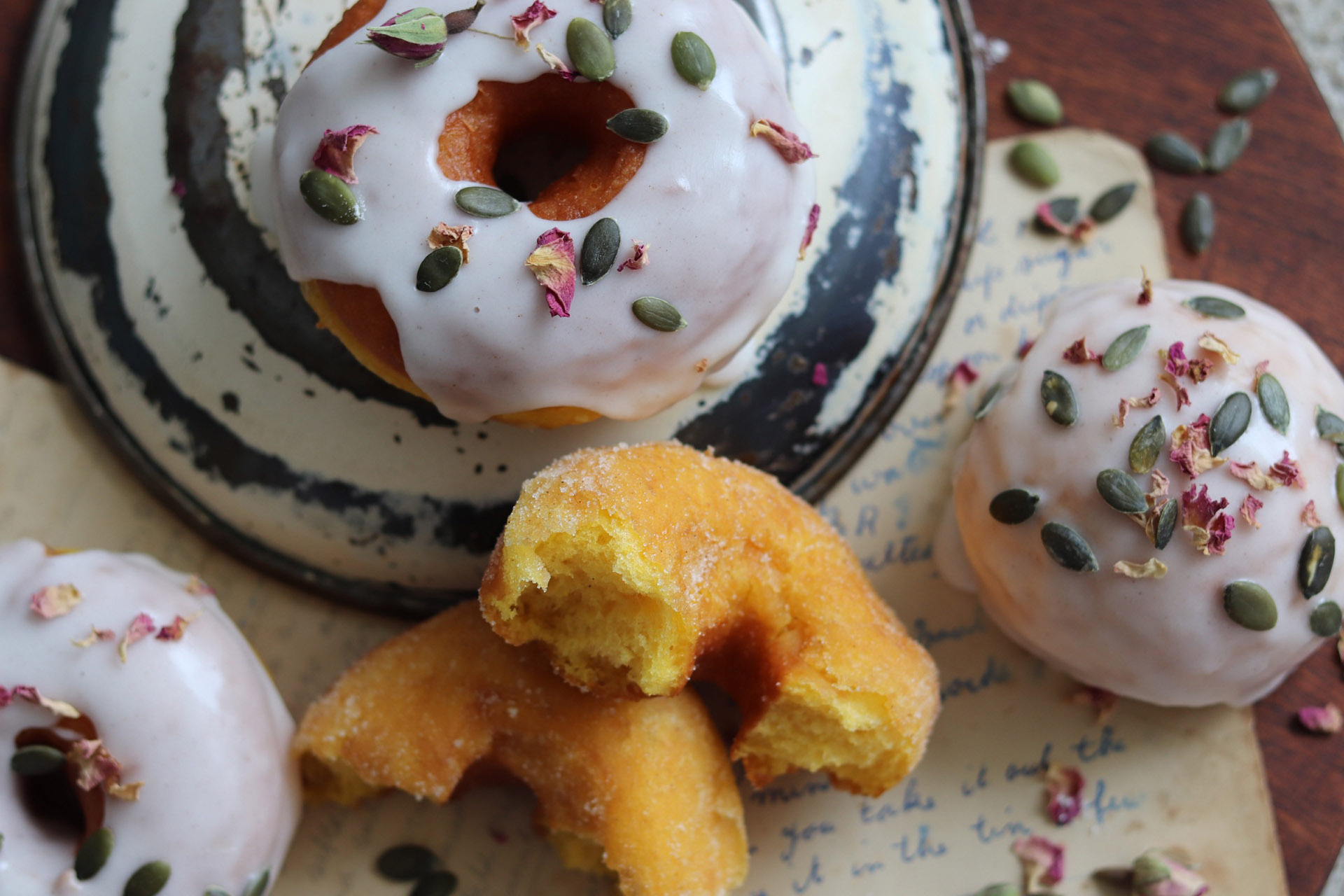 Boil pumpkin in a saucepan until cooked through. Leave to drain in a colander, then mash.

Meanwhile heat milk in saucepan until lukewarm. Add sugar and yeast. Let the mix sit until yeast begins to foam (this means the yeast has started activation).

Place all dry ingredients, eggs, yeast mix and mashed pumpkin into a mixing bowl with a fitted dough hook attachment. Mix on speed one until combined. Mix on speed two for 5 minutes or until the dough passes the window test; (remove a piece of dough and gently stretch apart, creating a thin see-through ‘window’. If this does not occur and the dough separates – mix further for another 2-3 minutes).

Lastly add diced cold butter, mix on speed one until fully combined. Rest dough for 30 minutes or until doubled in size (covered with a damp cloth).

Turn fryer on 170 degrees Celsius. Scale each donut at 75g kneading into a round ball (make sure the join of the dough is on the bottom). Place on a lightly floured tray. Keep in a warm area until the donut has proved 3/4 in size.

Slightly flatten the donuts, cut a circle out the middle to create a ring donut (use the back of a piping nozzle to cut the circle). Fry donuts (bottom of the donut fried in oil first), then drain on paper towel.

Combine cinnamon and sugar together and toss donuts into the cinnamon sugar once they come out the fryer.

This recipe was developed by Sophie Litzow from Sugar Sweet Soph