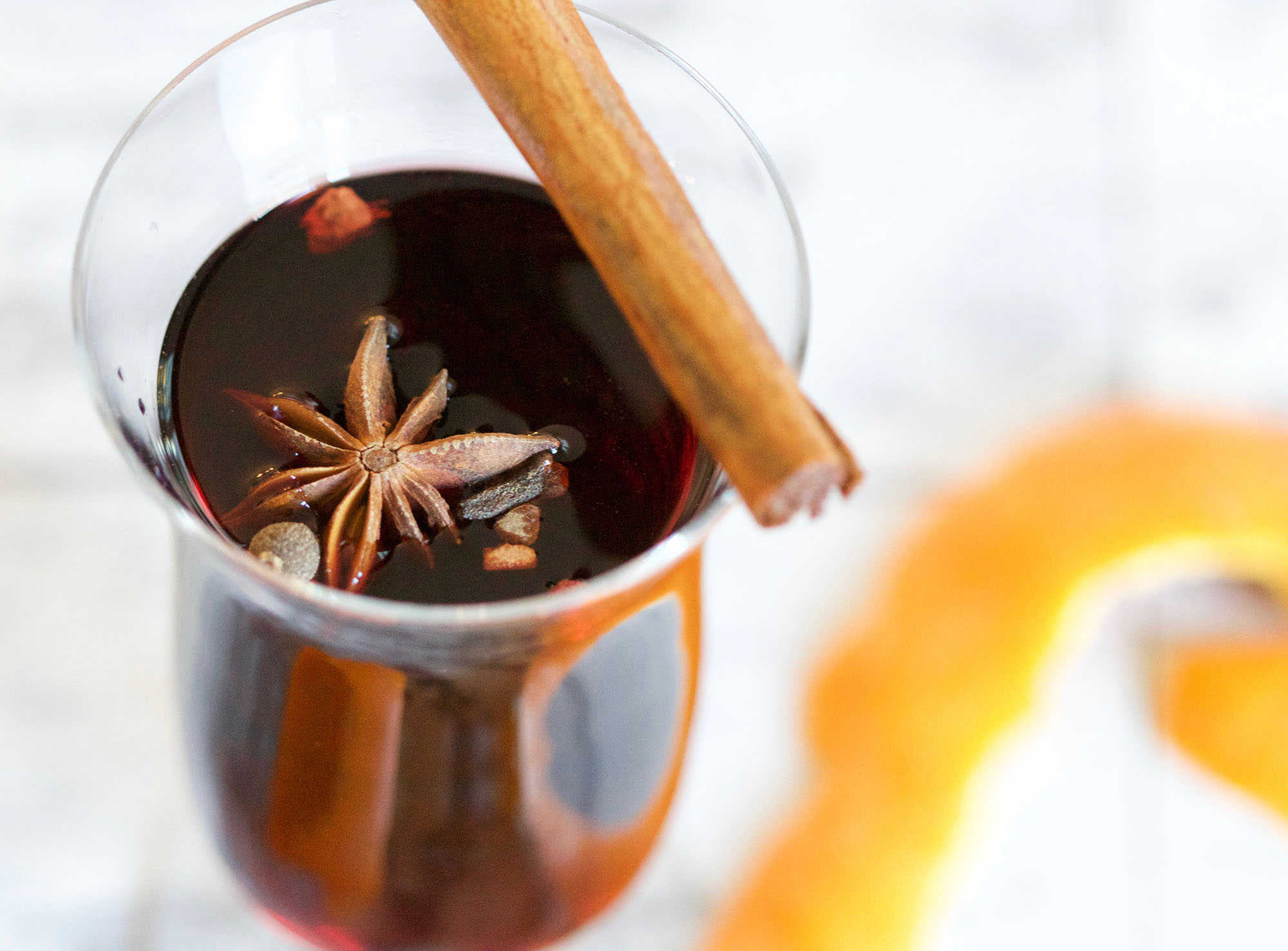 Nothing sets a more festive mood than ladling out warm mugs of merriment from a simmering cauldron on the stove as it fills the room with a bouquet of intoxicating, heady, exotic spices and aromatics. The history of mulled brews (both alcoholic and non-alcoholic) is steeped in centuries of tradition. The exotic mulling spices will be forever entwined with images of camel caravans as they travelled the Silk Road where spices were a direct sign of status and social standing, used medicinally and for culinary refinement.

People at that time developed a real taste for the hot, spiced beverage that bears remarkable similarities to the old pagan tradition called Wassailing. The word which comes from the Anglo-Saxon phrase ‘waes hael’, which means ‘to good health’. Remember, that to ‘mull’ is to ponder it over a period of time to slowly attain wisdom. Let’s also not forget the cache of health benefits of these spices which have continued to rock apothecaries and herbalists since that time: sensual Cinnamon is known to have anti-inflammatory benefits; Cloves and Pimento Allspice berries have antimicrobial and analgesic properties; the eight-pronged Star Anise is both visually enthralling, adds a lively liquorice aroma and boasts antimicrobial assets; Ginger is a potent digestive aid and known to alleviate nausea, and zesty citrus boasts minerals of extraordinary immune boosting qualities.

Combined, these spices can transform simple gatherings into multi-sensory experiences of ritual and reverence. They make an inviting, deeply fragrant, heart-warming bouquet, that packs pizzazz in every mouthful, setting taste buds singing and invigorate the senses. Happy Mulling.

Slice or peel one of your citrus and cut the other citrus in half. Place your choice of sweetener in a large saucepan over a medium heat, add the pieces of peel and squeeze in the juice of the other citrus.

Add the spices of cloves, cinnamon, allspice, star anise and about 10 to 12 gratings of nutmeg. Then stir in just enough red wine (about a cup). Let this simmer until the sweetener has completely dissolved into the red wine, then bring to a slow boil for about 5 minutes, or until you’ve got a beautiful thick syrup.

This syrup will create a wonderful flavour base by really getting the sweetener and spices to infuse well with the wine. It’s important to make a syrup base first as it needs to be quite hot. If you do this with the both bottles of wine, then you’ll burn off the alcohol.

When your syrup is ready, turn the heat down to low and add the rest of the wine. Gently heat the wine and after around 20 minutes (or longer), when it’s warm and infused, strain out the spices ladle it into heatproof glasses and savour.

A couple of notes of execution:

1) Do not let your brew boil. Alcohol evaporates so you could lose some of the boozy elements.

2) Mulled cider or wine is also delicious cold. Try it over ice with a jigger of bourbon or brandy, or use as a sangria. You can thank me later.

Shrubs are an easy and delicious way to preserve the bounties of summer and have been used in cocktails for centuries. Dr Sarah Lantz shares some of her favourite Shrubs recipes to impress your guests this holiday season.
Read more
The secret to a good chai is using good quality whole spices (not the ground stuff that’s been lurking in the back of your pantry for years). So, go to a spice shop or bulk food store and buy some fresh stuff. You won’t regret it.
Read more
Make the spirit of Christmas giving extra special with a homemade decorations and handcrafted gift straight from the heart!
Read more
5 simple steps to have yourself a more sustainable Christmas this year.
Read more
Christmas is the perfect time to treat yourself. From Christmas cake to gingerbread people, the possibilities are endless!
Read more
Gift your loved ones jars of gourmet goodness this Christmas for a homemade, creative and sustainable gift idea they'll love.
Read more